Yes I am calling out these so called public servants....they allow stolen trailers.

Note: This Is One Stupid State because time and  time again we have relayed our information to the Governor Of This State and she does nothing!

We are unfunded and in just one city of Tulsa...over 2,000,000 dollars of missing trailers with only a recovery rate of 14% shame on the insurance companies and our own government for doing nothing.

It’s been two years, but Tom Gillespie with Total Lawn Care in North Tulsa said the business being burglarized affects them to this day.

“None of the equipment [that was stolen] was ever found.” Gillespie said. “We've just been a lot more careful with where our equipment is stored. We've invested in a lot of security.”

Thieves stole about $50,000 worth of equipment, including two trailers.

Detective John Sherrill with the Tulsa Police Department devotes his time to investigating trailer thefts. He said thieves often steal trailers and sell them on sites like Craigslist or at auctions and flea markets so they can get rid of them fast.

“It's absolutely a black market,” Sherrill explained. “[A suspect] I talked to said that he would drive by, take a picture, list it on Craigslist and when he had a buyer, he would go steal it. So people were victims and they didn't even know it yet.”

Sherrill said in 2014, thieves were stealing so many trailers it came out to about one a day totaling a loss of about $2 million.

According to police, about a third of those trailers belong to home-based businesses and when these trailers are stolen, the economic impact ends up being greater.

“They will have all their equipment and all their needs inside their trailers so they will have about $20,000 to $30,000 worth of property,” Sherrill said. “[The victims] end up with a huge punch.”

When Total Lawn Care was hit in 2013, the employees couldn’t work for a week.

FOX23 asked why trailers are such a big target for thieves.

Sherrill has one theory.

“One guy specifically said to me, ‘Hey look if these things had to be tagged, I wouldn't take these things anymore.’  I asked him, 'Why is that?’ He said, 'Because then it would be really easy to find out who they belong to.’”

Besides farm trailers, most states in the U.S. require all trailers to be at least registered. Some even require them to be tagged and titled.

Other states require them to be registered only if they are too old or heavy.

But a handful of states say you don’t have to register most trailers, including Oklahoma. In our state, only trailers pulled by commercial vehicles have to be registered.

The Oklahoma Tax Commission told FOX23 that in 2014, the state made about $335,000 on commercial trailer registrations. There is an option to pay and register private trailers as well, though it’s not required.

Detective Sherrill thinks it would help because they would be easier to track.

In 2014, Tulsa police were able to find 14 percent of all the trailers thieves stole.

Gillespie said more taxes or fees for businesses isn’t a good thing but he also believes that if trailers were at least registered, not as many would get taken.

“It's discouraging to see how hard these thieves work,” Gillespie said. “Instead of getting a job, they come out here and steal (from) other people have worked very hard for.”- See more at: http://www.fox23.com/news/news/local/tulsa-police-say-unregistered-oklahoma-trailers-le/nk4Wg/#sthash.xh0njjj6.dpuf

See How Easy It Is To Steal A Trailer!!! Click Here! 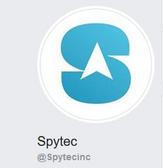 Breaking News! Finally A
Company That Can Help Stop
Your Trailer From Being Stolen! Click Here

Click Here For Our Video
That Will Convince You
Enter text

Understand this! 10 Years Ago We Discovered That 12 States Have No Registrations For These Trailers! Does Antyoby Understand This Better Than We DO?  Instead Of My Own Government Embracing My Detictive Work They Inore The Problem And Have Tried To Stop Us By Sending In The Law Into My Home And Telling Us To "Move On"

Click The Spytec And Ask Why Don't They Offer A Trailer Tracker?

Breaking News! Help Us Find This Missing Trailer! Another Trailer Stolen In New Jersey!  Over 50,000 Dollars Of A Classic Thunderbird!  Click Here!

Are You Telling Me That Our Political Leaders Are Really This Stupid?

It took a couple of days for the leaders of Boy Scout Troop 519 to notice their utility trailer had been stolen from the lot outside the Church of the Holy Cross on Daniel Island late last month.

But after reporting the theft to police, they learned their misery had plenty of company.

Capt. Bobby Shuler of the Berkeley County Sheriff's Office acknowledged trailers are easy targets, in part, officials say because they don't have to be registered with the state's Motor Vehicle Department so there's no record of ownership.

"You can drive through any

neighborhood and see trailers sitting out where you can literally just back up in the yard and in a matter of 20 seconds be gone with the trailer," he said.

Sometimes the trailers are sold for reuse by unsuspecting buyers.

In September, the Spartanburg County Sheriff's Office busted a theft ring of two men who sold at least nine stolen trailers in the upstate.

Other times, they are turned into mobile meth labs, authorities said.

Rarely are they ever recovered.

In June, an Oregon-based band called Larry and his Flask lost their van, 18-foot trailer and all their equipment after playing a gig in Cayce. The van was found a few days later, but the trailer and equipment has not turned up, according to their website.

The same week that Troop 519's trailer went missing, Boy Scout Troop 776's well-marked trailer was stolen from leader Chuck Lance's yard in Sangaree. Their $3,000 trailer had about $5,000 worth of stoves, tents and other camping gear inside, Lance said.

"Ours was a brand new trailer that we had just purchased," said Bryan Bain, another Troop 519 leader. "It was supposed to be sent out to be painted with our emblem and logo that week, so when people saw it missing, they thought they'd taken it to get painted."

It wasn't until a meeting a few days later that they realized the 10-foot Diamond Cargo trailer, which had a lock on the hitch and an axle chained to a tree, had been stolen.

"We thought it was pretty secured, but obviously not," Bain said. The troop lost the $3,200 trailer and about $3,000 in camping equipment kept inside.

"It's a shame when it happens," said Shuler. "You're pretty low if you go and steal from churches or Boy Scouts or charities, but criminals don't care."

If the trailers are recovered, it's often difficult for law enforcement to return them to their owners because they aren't registered anywhere, Shuler said.

"There's no way to determine that it's stolen," he said.

Every trailer has a unique vehicle identification number or VIN when it is originally sold. Some are etched in the metal and others are on stickers, but owners often do not keep a record of their trailer's VIN.

Even if they did, the numbers are easily removed or etched out, making it difficult to trace the trailer's origins, Shuler said.

Ron Melancon, who runs a website called dangeroustrailers.org, has dubbed South Carolina the "stolen trailer capital of the United States."

"It's a black market economy," said Melancon. "Thieves can steal them and resell them in your state."

Neighboring states require registration, making it harder to steal or resell them.

"It's easy to steal a trailer from Georgia, Florida or North Carolina and bring it down here to sell it," Shuler said. "If they had to go register (in South Carolina), it would have to have a VIN number on it and if it came back stolen from another state, we would know it."

He advocates for VIN numbers in universal locations along with a national registry for trailers.

There are several devices on the market to prevent theft, including locks and chains, but Shuler suggests marking a trailer in an obvious way.

"If it was to get stolen, you can tell us you marked it with this in this spot," Shuler said. "That's a positive identification for us."

Woloszczuk said his agency recommends etching an identification number into the frame of the trailer.

As for the Scout troops, both are hoping to raise enough money through fundraisers to replace their gear, and they have also heard from individuals and groups who want to help, the leaders said. In addition, nearby Scout troops have offered to loan their trailers and equipment.

"I told our boys, 'Look, things in life are going to happen and sometimes they are going to be bad,'" Bain said. "You have two choices, either lay on the ground and wallow or brush yourself off and get back up."